The Hardy Gallery has been a pillar of the Door County art community since the mid-1900s, providing visibility to new and established artists with exhibits that excite and educate! We look forward to a much-anticipated kick-off celebration on Saturday, May 29th and we are excited to share with you the exhibit lineup for our 59th season. We look forward to seeing you at the gallery!

Opening Reception: There will be no opening reception this year due to the pandemic.

*To kick- off this new decade the Hardy Gallery has decided to merge the notable Wall-to-Wall and Annual Juried Exhibit into one show. After careful consideration, the Board of Directors felt eliminating the rejection process and allowing everyone to partake in the juried exhibit would make for a better opportunity for our emerging and mid-career artists. In addition, we have decided to select one professional artist to jury the exhibit and offer a juror walk-through to provide an exciting educational opportunity for our exhibiting artists and volunteer docent educators.

A not-to-be-missed season starter and the Hardy's most notable exhibits! We begin with a salon-style show open to both emerging and established artists. Featuring a wide variety of media by local and regional artists: including painting, drawing, sculpture, photography, ceramics, mixed media and more. The exhibit offers emerging artists the opportunity to gauge their development and established artists the opportunity to explore new ideas and techniques. The public is encouraged to cast votes for their favorite piece with the popular "People's Choice Award." 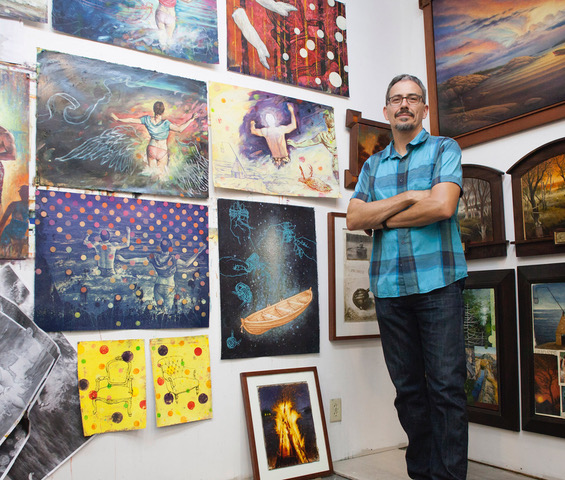 Opening Reception: There will be no opening reception this year due to the pandemic.

This annual exhibition highlight works by more than forty established local and regional artists. Visitors and collectors alike will find this an exciting opportunity to see a vast collection of work by a selection of the area's recognized artists and to add a distinctive piece to a personal collection. The exhibit highlights two works from each artist, one of which is donated by the artist for the Collector's Choice Benefit, the organization's largest special event fundraiser. The donated works are prominently displayed and featured in a silent auction. Funds raised in the Collector's Choice Benefit provide needed operational support for the non-profit organization.

The Unveiling of Mosaic: Saturday, July 17

*Canvases Now Available at the Artists Guild in Sturgeon Bay

Celebrating 14 years this year, the hugely popular Community Mosaic Project is back! This tandem outreach project/fundraiser was conceived in 2007 as a means to promote the visual arts. The display, hung along with the Collection Invitational, is constructed of 300 individual works of art, submitted by community members, youth, and established and emerging artists of all skill levels. Don't miss your chance to purchase a piece of this year's project - throughout the duration of the exhibit, the general public has the opportunity to purchase one of the 300 works; all proceeds benefit the non-profit organization. For updates, details or participation information, please call 920.854.2210 or check out our mosaic page here. Canvases for the project are generously donated by the Artists Guild LLC in Sturgeon Bay.

Thank you in advance, for your contributions to this year's project! We are especially grateful to the Artists Guild, LLC, owned by Jeff and Sarah Bradley, for the contribution of canvases for this community event. We encourage you to patronize this business in return for their generous support of our organization; please remember to mention that you heard about them from the Hardy! 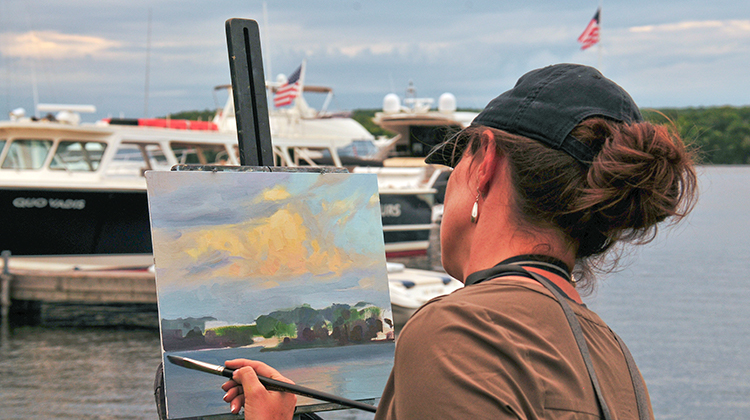 Artists of every painting medium are invited to create Plein Air works on Saturday,  July 31, 2021, from 9-11 am at Waterfront Park, Sister Bay.  The First Place Award recipient receives an invitation to be a featured artist in the 2022 Door County Plein Air Festival. Presented by the Peninsula School of Art in partnership with the Hardy Gallery. More information can be found on the Peninsula School of Arts website, www.peninsulaschoolofart.org